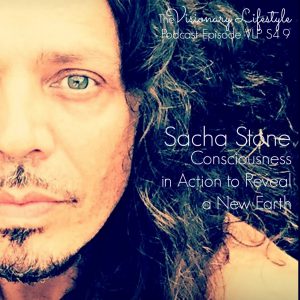 Sacha is a Former rock musician and founder of the New Earth Project, the planetary sovereignty, consciousness and sustainability movement, convening itself as the worlds first extraterritorial nation of peoples from all cultures & faiths. New Earth nationals are people who choose to step out of the invisible contracts with corporate nation states and into a new covenant of fellowship amongst all of humankind via a Declaration of Sovereignty. The nation exists under its own cognisance, as its own court of record and is backed up by its own law commission, law academy and a growing army of law experts around the world. The Nation is launching a zero-point economy and has recently launched Zero Point Time (ZPT) as a unified time signature.

Humanitad’s law commission is active on the world stage in human rights and natural justice. It continues to incubate medical cures and technological breakthroughs whilst challenging established frameworks of governance which serve vested interests ahead of the interests of humanity and a fragile planet. As a non-profit organisation it functions in the service of people of the world beyond the constraints of ‘systems’ and ‘ideologies’ devised by men and institutions which seek power and wealth as the measure by which all else follows.

Whilst outspoken against the centralisation of power and of multilateral institutional manipulation, in order to enter the multilateral arena and attempt to engage with the mechanics of centralised power, Sacha Stone produced the MDG Awards ceremony on the floor of the General Assembly at the United Nations in 2009. It was at this event where Archbishop Desmond Tutu propounded the word Ubuntu, which is fast becoming a major pattern for international socio-ecological reform.

As Director-General for the UN-IGO (IREO) Intergovernmental Renewable Energy Organisation in 2010, he founded and launched the Exemplar-Zero Initiative. The pioneering international initiative safe-harbours and develops breakthrough sustainable technologies and solutions as well as sustainable economic modelling.

Sacha currently chairs the annual Global Breakthrough Energy Movement panels of scientists and innovators – a pioneering movement which is leading the world toward a free-energy revolution. www.globalbem.com

Sacha Stone’s socio-political writings  and ‘State of the World’ reports serve as harsh critiques on the disease of globalisation and covert elitism (the architecture of fear and control).

At the same time he emphasises the need for a conscious return (via a total collapse of the collective human conceptual framework) back into the true ‘zero-point’ contained within the quanta of the (collective) human heart – in order for us to qualify and participate fully in the next great step in our human and planetary evolution.

If we are to manifest sustainability and foster an energy & socio-ecological revolution in our times we must acknowledge that participatory ‘consciousness’ is the chief factor. Technology and consciousness are intimately connected and it is time for us to engage that conversation without fear of scorn from a world still largely trapped in linear logic and limitations of the conditioned mind.

I met Sacha in Bali at his New Earth Haven when he hosted the first New Earth Festival.

The people that gathered for this event were truly visionaries, and I was honored to present my Conscious Eating talk, and subsequently to be invited onto the faculty of the New Earth University’s school of Health & Wellness.

Sacha is not shy, he has strong opinions , and an ability to communicate them effectively. I see him as a passionate visionary activist, working on the daily to help create a new and better world. He dropped so many deep concepts during this conversation, that it took me a while to digest it, and listening to it again now to edit it, I’m reminded that this man is spearheading the work of truly bringing into tangible form, the new earth so many of us want to see. And as you’ll hear, he’s not taking credit for all of it. He wants everyone to participate, collectively, for the new earth to be birthed, by all of us.

I hope you find this episode inspiring, and allow yourself to vision for yourself how you can participate in birthing the new earth, and then, get to it. Remember my guiding quote for this show that I mentioned in episode 1? A vision is but a dream. A task without a vision is drudgery. A vision and a task is the hope of the world. We all need to get to work my rainbow warriors. Let this be your nudge today, to put some energy into creating the world that you want to see.

Happy Anniversary to Us!