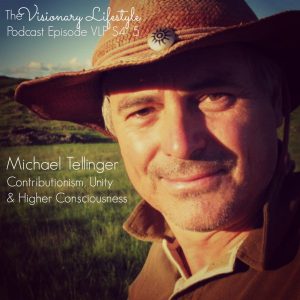 Michael is a scientist, explorer, researcher, activist, humanitarian and internationally acclaimed author of numerous books, and dozens of lectures available on YouTube. He is the founder of the UBUNTU Liberation Movement of UNITY & Higher Consciousness a political party registered in the UK. His latest contribution to the literary world is UBUNTU Contributionism – A Blueprint For Human Prosperity in which he lays the foundation for the philosophy of Contributionism – a world without money. In which people live in united communities in support of each other, rather than the divided communities in fear of each other that we find ourselves in today.

Michael has become an authority on the ancient vanished civilisations of Southern Africa. His continued efforts and analytical scientific approach have produced stunning new evidence that will force us to rethink our origins and rewrite our history books.

I connected with Michael at the New Earth Festival in Bali, and was blown away by his presentation and the information he was sharing. I only got a short time to interview him, as he was rushing off to reveal their new free energy device.

Michael says everything we’ve been told is a lie, and that we’re a species with amnesia. His findings are truly fascinating. We talked about the torus energy field, cymascopes, contributionism, and how sound waves can kill cancer cells. He explains that the human voice is a creation tool. Basically, everything comes from the primordial sourcecode of sound, and it all comes down to harmonic resonance he says.

Michael is connecting the dots between past and present, and wants us to move out the matrix of division into unity. Sounds like a plan, doesn’t  it tribe?

Make sure to check the show notes, for links to Michael’s website as well as youtube videos about some of the topics we covered in this interview.

Happy Anniversary to Us!