You are here: Home / Lifestyle / How Many Omega-3s and 6s Are Healthy? 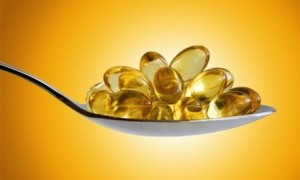 Omega-3 and omega-6 fatty acids have opposing functions; yet, both improve health when they are consumed in the appropriate balance. The ratio of these two fatty acids proves fundamental to their health benefits.

Omega-3 and omega-6 are types of essential fatty acids, which our bodies cannot make on their own, so we have to obtain them from our diet. Both are polyunsaturated fatty acids that differ from each other in their chemical structure. Omega-6 fatty acids increase blood pressure and inflammatory reactions while omega-3 fatty acids oppose these reactions. Omega-3 fatty acids’ double-bond structure makes them an essential tool for building cell walls and developing brain tissue, and 90% of us are deficient in them.

Today, the North American diet has a ratio of up to 30 or more times the amount of omega-6 than omega-3. That’s closer to a 10:1 ratio, and cause for concern as excessive intake of either fat supplement can cause harm. Omega-3 fats can contribute to prolonged bleeding and suppression of the immune system. Omega-6 fats can lead to gastrointestinal upset and more.

This dietary imbalance may explain the rise of such diseases as asthma, coronary heart disease, many forms of cancer, autoimmunity and neurodegenerative diseases, all of which are believed to stem from inflammation in the body. The imbalance between omega-3 and omega-6 fatty acids may also contribute to obesity, alcoholism, hyperactivity, depression, manic depression, memory loss, impaired night vision, anxiety, insomnia, dementia, Multiple Sclerosis, Alzheimer’s, Parkinson’s, ADD, ADHD, dyslexia, schizophrenia, stress induced hostility and even a tendency toward violence.

To avoid this long list of undesirable conditions, what should we eat to strike the right balance? 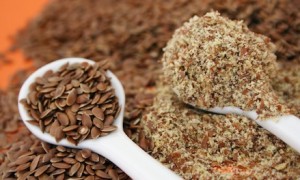 Employ the Principle of Substitution: Instead of trying to adopt an entirely new diet, use substitution to make gradual improvements. Identify foods that have poor nutritional value and replace them with better ones, especially those with a healthier omega 3 to omega 6 balance. The single most effective thing you can do to get your omegas balanced is to avoid vegetable oils high in omega-6 such as soybean, corn and safflower, and the processed foods that contain them. A food such as corn oil can be as skewed as 50:1. Meat, poultry, pork and eggs are also sources of omega-6.

Focus on adding more sources of omega-3 to balance out the excess of omega-6 that you’re most likely already getting. Some of the most easily digestible forms of omega-3s are found in fatty fish such as salmon, cod and mackerel, but vegetarian diets rich in certain kinds of vegetables, microalgae, nuts and oils can provide the full range of necessary omega-3s.

Fish are a good source for omega-3 fatty acids because they contain the two more rare forms of omega-3, EPA and DHA. If you choose not to eat fish, you can add a fish oil supplement, but make sure that it’s molecularly distilled for purity or certified free of PCBs.

Vegans and those whose diets don’t include fish can substitute carefully grown microalgae. Taking microalgae and relying on dietary sources of ALA is probably the best vegan strategy for getting omega-3s. A daily handful of walnuts or one to two tablespoons of freshly ground flaxseed per day provide the ALA. Most fish oil products contain more EPA than DHA. This is exactly the opposite in some microalgae oil supplements over fish oil. One of the reasons fish have omega-3s in their systems is because they eat microalgae. By taking microalgae supplements, you get your DHA directly from the source, without it having been converted and diluted by passing through a fish. Plant sources don’t contain either DHA or EPA. Instead, they contain ALA, an omega-3 that the body can convert to DHA and EPA. However, the body must go through a multi-step conversion process that makes ALA much less effective in gaining the needed fatty acids than other sources. The process makes the body work harder and ends up providing much less DHA or EPA than sources like microalgae that provide DHA and EPA directly. Microalgae oil does not contain high levels of ALA but is very rich in DHA, providing 250% more DHA per unit than fish oil. This makes microalgae oil the finest source of these essential nutrients available because the oil has the optimum balance of DHA to EPA and your body puts it directly to work without the multi-step conversion processes of other Omega-3 forms. Spirulina is one form of microalgae, and 500 mg contain all the omega-3 fats you need in one day.

Leafy-green vegetables such as spinach, lettuce, swiss chard and purslane are a good source of certain strands of omega-3s, as are winter squash and broccoli. Vegan and gluten-free, hemp seeds also have the most essential fatty acids of any nuts or seeds and a 3:1 ratio of omega-3 to omega-6. Of all vegetarian foods, chia, sacha inchi and flax seeds have by far the highest omega-3 content. Chia seeds contain eight times more omega-3 fatty acids than salmon. Check out these ways to work chia and hemp into your diet.

So to recap: If your diet is not already providing the proper balance of omega 3s and 6s, the best way to balance them on a daily basis is:

~Add a DHA supplement of choice, either fish oil or microalgae. If you just want some insurance that you are getting a source of DHA in case your body isn’t efficient at making it, supplementing with 200 – 300 mg every 2-3 days will provide that. For vegetarians: If you want your DHA levels to be the same as non-vegetarians, supplementing with 300 mg per day will likely accomplish that.
~Minimize consuming oils high in omega-6 such as corn, soy, safflower, sunflower, most vegetable oil blends and sesame. Instead, use low omega-6 oils like olive, avocado, peanut or canola. Only cook canola under low heat and for short periods.
~Add some ALA such as 1/5 oz walnuts (3 halves), 1/4 tsp of flaxseed oil, 1 tsp of canola oil and 1 tsp ground flaxseeds.

As always, talk to your doctor before adopting a supplement routine or drastically changing your diet.